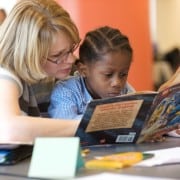 It is always a great sense of accomplishment when a bill that I’ve been working on tirelessly along with other legislators finally passes. This past season, the Cost-of-Living-Adjustment (COLA) bill, along with two other pension reform bills were passed.

Director of the TRSL, Maureen Westward recently wrote to me,”I want to particularly thank you for your support of the cost-of-living-adjustment (COLA) bill, SB 2, and the two pension reform bills, SB5 and SB 18, tied to its passage.”

Teachers are an extremely important group of people in our society as they are the ones who lay down the foundation to help build a better community. Louisiana’s education system has taken some hits this year, but it is with great consolation to know that our retired educators will now be taken care of.

Education Reform Group Thanks Sen. Boudreaux Sen. Boudreaux Mourns the Loss of Mr. Joseph Daniel
Scroll to top
Join my Email List
Your information will *never* be shared or sold to a 3rd party.